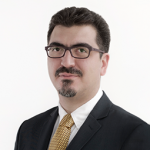 Typically in structural design, foreseeable loads are assumed in a dimensioning exercise, and loads or material properties can be introduced with some substantial safety factor to increase confidence in the structure’s load bearing capacity. Structures can, however, be exposed to largely unforeseeable events such as intense environmental phenomena, accidents, malicious acts, and planning or execution errors – let alone degradation with time. This calls for a different, more suitable way of engineering thinking.

Notable failures, have shown that robustness is a vital integral part of design and dimensioning. This is manifested by severe disasters such as the collapse of the Ronan Point tower in London in 1968, tunnel ceiling collapses in the I-90 Fort Point Channel tunnel in Boston in 2006, and in the Sasago tunnel in Tokyo in 2012, and the collapses of the Florida International University pedestrian bridge under construction in Sweetwater and the ageing Polcevera Viaduct in Genoa in 2018. In this context, the redundancy of load-bearing structures has become increasingly important. However, an appropriate use of redundant elements to increase the bearing safety of a structure requires a systematic approach.

Furthermore, in current standards and guidelines, only qualitative measures are essentially proposed in order to ensure robustness. Hence, there is a need for a consistent index in order to make decisions in the planning as well as the maintenance phase, as regards the importance of certain members of structure as more vital for its overall survival in case of unforeseeable events.

Such an index needs to possess three main characteristics:

– It has to be quantitative, in order to easily become part of optioneering for different designs of the same structure, or different conditions depending on its deterioration through time

– It has to realistically capture the involved material and load uncertainties, since these can strongly influence the overall risk of collapse

– It has to be transferable, in order to allow comparisons of different systems or structures and their individual vulnerabilities within a network of

Together with Professor Alfred Strauss from the BOKU Institute of Structural Engineering in Vienna, we have just published an article that presents our insights to the next generation of structural codes for robustness, and we are proposing an index that can perhaps accommodate the abovementioned requirements. You can find the article here.